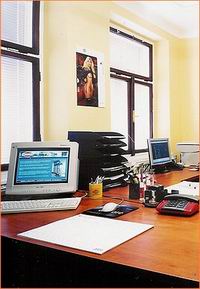 Triplex company was founded in 1993 by three partners. These three partners as the only employees started to work on a system of services for passenger and freight lifts.

These days, our company is a stable with large manufacturing and technical facilities. Triplex is an experienced professional in its field. We operate without foreign capital and is directed by Czech management.

1994 – Founding the company by three partners, the first client was the Gallery of Modern Art in Hradec Králové

1995 – The first more significant client, K-MART in the centre of Hradec Králové. After this year, Triplex got many contracts for lift service

1996 – A branch in Trutnov was founded for two major client – the hospital in Trutnov and in Vrchlabí. We were the first company to offer 24 hour service and lift faults fixed in 2 hours since reporting the fault in the region around Hradec Králové

1997 – Triplex’s headquarters changed the location, one of the partners left the company

1998 – The bishopric of Hradec Králové became another significant client for the company. A few workers joined the company

2001 – Residential lift Travel was used as a prominent feature of the circle staircase in the Švanda’s Theatre in Smíchov, Prague. Many more atypical passenger lifts focused on design were installed

2002 – The change of the headquarters location enabled to fully make use of the new technical facilities in a large residentialstead (originally) 5 km from the centre of Hradec Králové. In this year, we also installed a brass lift into an open shaft on the Little Square in Prague 1.

2003 – New professional joined our company (mechanical engineering and locksmithing experts), a new inside ergonomics was introduced in the company

2005 – Installation of the Travel residential lift in the Prague Castle’s Lumbe’s Villa. In 2005, we also installed a classic lift of a robust framing and also plenty of electric lifts without an engine room, for example in Nové Adalbertinum in Hradec Králové.

2006 – Our company implemented the ČSN EN ISO 9001:2001 norm as the quality management system. In 2006, we also overhauled and modernised a historical president lift by Otto Rothmayer at the southern wing of the New Palace in the Prague Castle

2008 – We modernised another historical president lift in the Prague Castle, by Josip Plečnik. We also installed a classic lift of a robust framing and also plenty of electric lifts without an engine room, for example in Nové Adalbertinum in Hradec Králové.

2010 – Installations of the Travel lift in many detached houses, villas and mansions, production and installation of steel framings for Travel platform lifts

2011 – Reconstruction and modernisation of den classic passenger lifts TOV 250 in blocks of flats in Hradec Králové with regard to quality and design. We also installed new coverings for the lifts’ shafts in a sandwich-like design 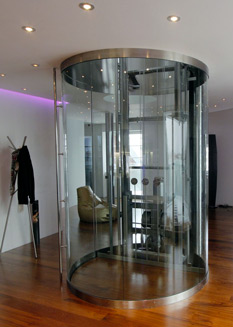 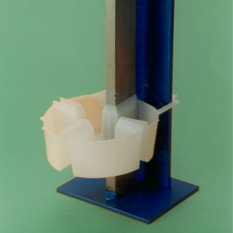